Novatize collaborates with a Quebec City artist to enhance its workspace 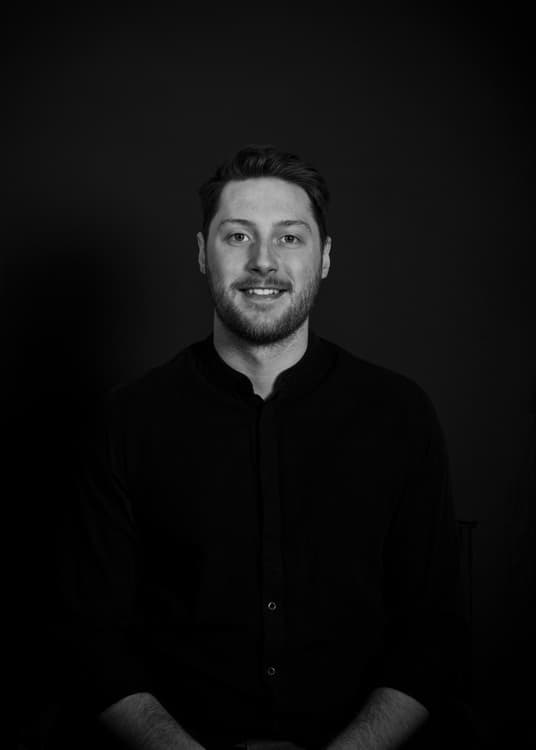 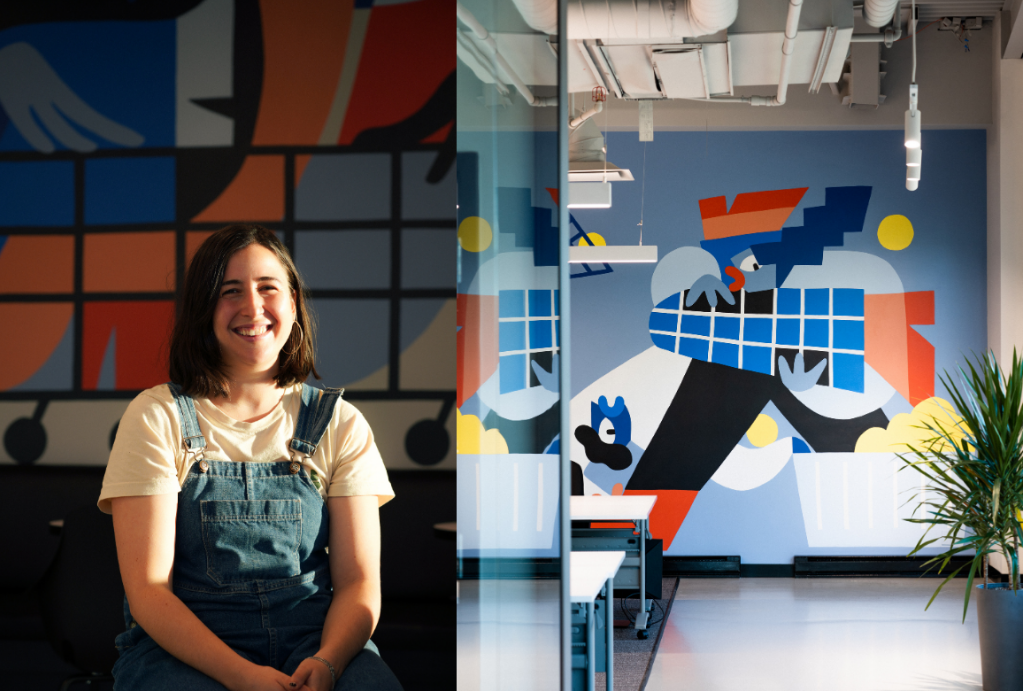 In designing the new workspace, Novatize’s objective was to create a destination that promotes teamwork and creativity. We also wanted to showcase the dynamic and lively atmosphere that we have here.

So it was only natural to collaborate with a talented artist and illustrator like Maude Martel, also known as “@DonnaVerygoodgirl”. Her specialty is clownish illustrations. “It’s the humor and absurdity that guides me when I draw” adds Maude Martel. 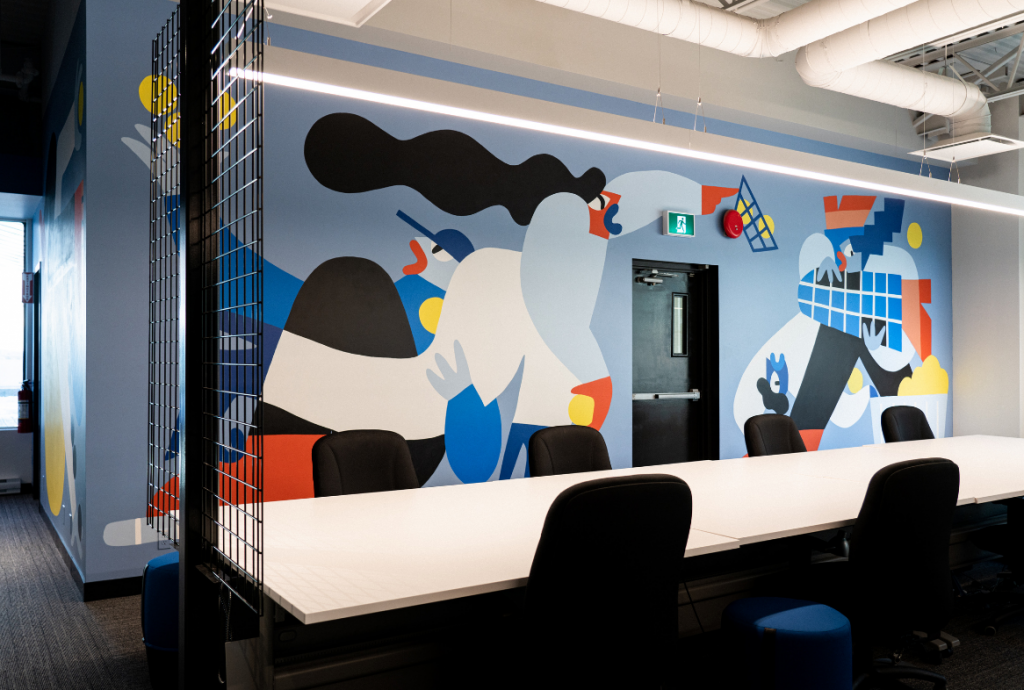 Two large murals that showcase the creative energy of Novatize

The office is dressed with 2 large murals combining more than 500 square feet. They are composed of 10 very vivid colours.

“The murals give off all that energy! The illustrations are sparkling and fun.  It’s very pleasant and stimulating to be able to work alongside the works of a local artist” Pascale Turpin, Lead Marketing at Novatize.

Ideation in line with the work environment

To guide the illustrator in her creative process, Francis Leduc, Design Director at Novatize, had the mandate to explain Novatize’s wishes for this project. The goal was to make Maude feel the company’s spirit and the team’s daily life.

“Novatize is a creative company that evolves in a very effervescent universe. It was important to us that our office not be limited to the black, white and purple of our almost exclusively digital brand and that our living environment truly reflects the employer brand and “life at Novatize”. Maude’s organic features, colorful universe and vibrant style were just right for this mandate!” Francis Leduc-Tremblay, Design Director at Novatize.

“Throughout the graphic ideation process, I thought about a phrase Francis told me when we first met: ‘There’s always something going on at Novatize’. I really wanted the murals to communicate the excitement that is found within the company. 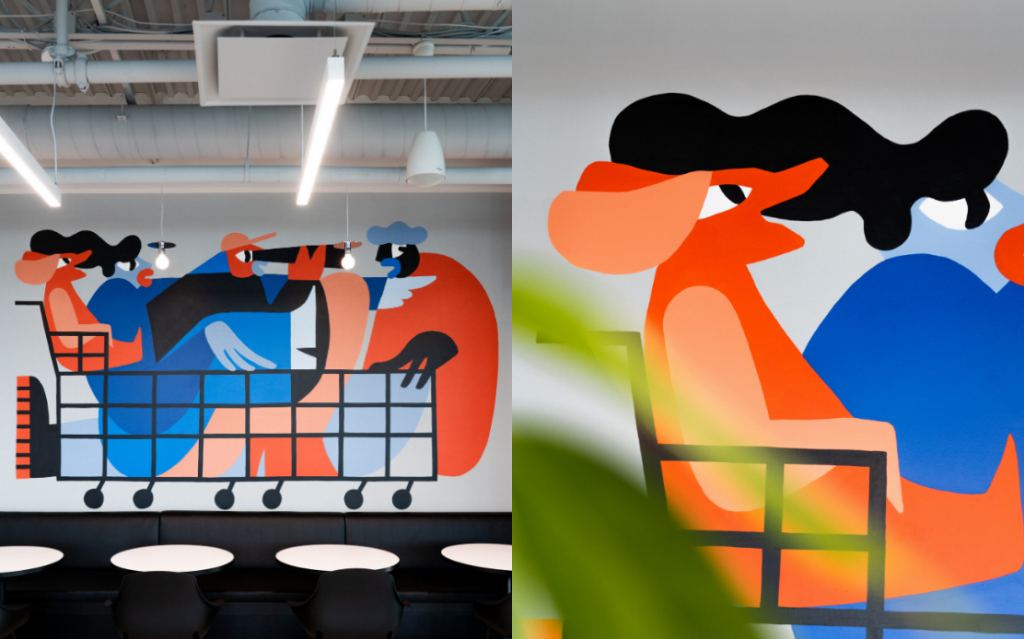 For the first mural, I was inspired by the shopping cart icon found in online stores – a strong referent for Novatize which specializes in eCommerce. My goal was to show the teamwork behind each of the projects and how the collective effort makes it all work.

For the second one, I wanted to show the different creative personalities that collaborate within the team. This mural was challenging to think about, as it runs through the office space and into the hallway. I liked creating this continuous narrative while making sure that each wall could live independently of the other.

Aesthetically, the two murals respond to each other. I was able to create a cohesive thread through the characters and the repetition of the grid pattern that I used on several elements of the second mural. I’m really happy with the final result, my illustrations blend well with the decor of the new offices.” Explains Maude.

A creative process guided by humor and teamwork

“I draw with humour and absurdity. Spontaneously, my brain goes into this zone when I start my sketching process. My goal is to create an image that is relevant to the company and makes people laugh/smile at the same time. What was interesting about this project was that I was working with Novatize’s art direction, but also with the designers from Atelier Filz. The creative process was enhanced and refined by the many exchanges I had with each member of the team. Their ideas brought a lot of richness without distorting my style. I hope to find this same synergy for future projects.” Adds the artist.

For Novatize, it is a pleasure to showcase the work of a brilliant and talented illustrator. We are fortunate to have a collaborator who has been able to immerse herself in and illustrate life at Novatize.

With the collaboration of:

Continue reading Our other articles

Inspired by what you’ve read?

Our team of experts can help you take your eCommerce to the next level!